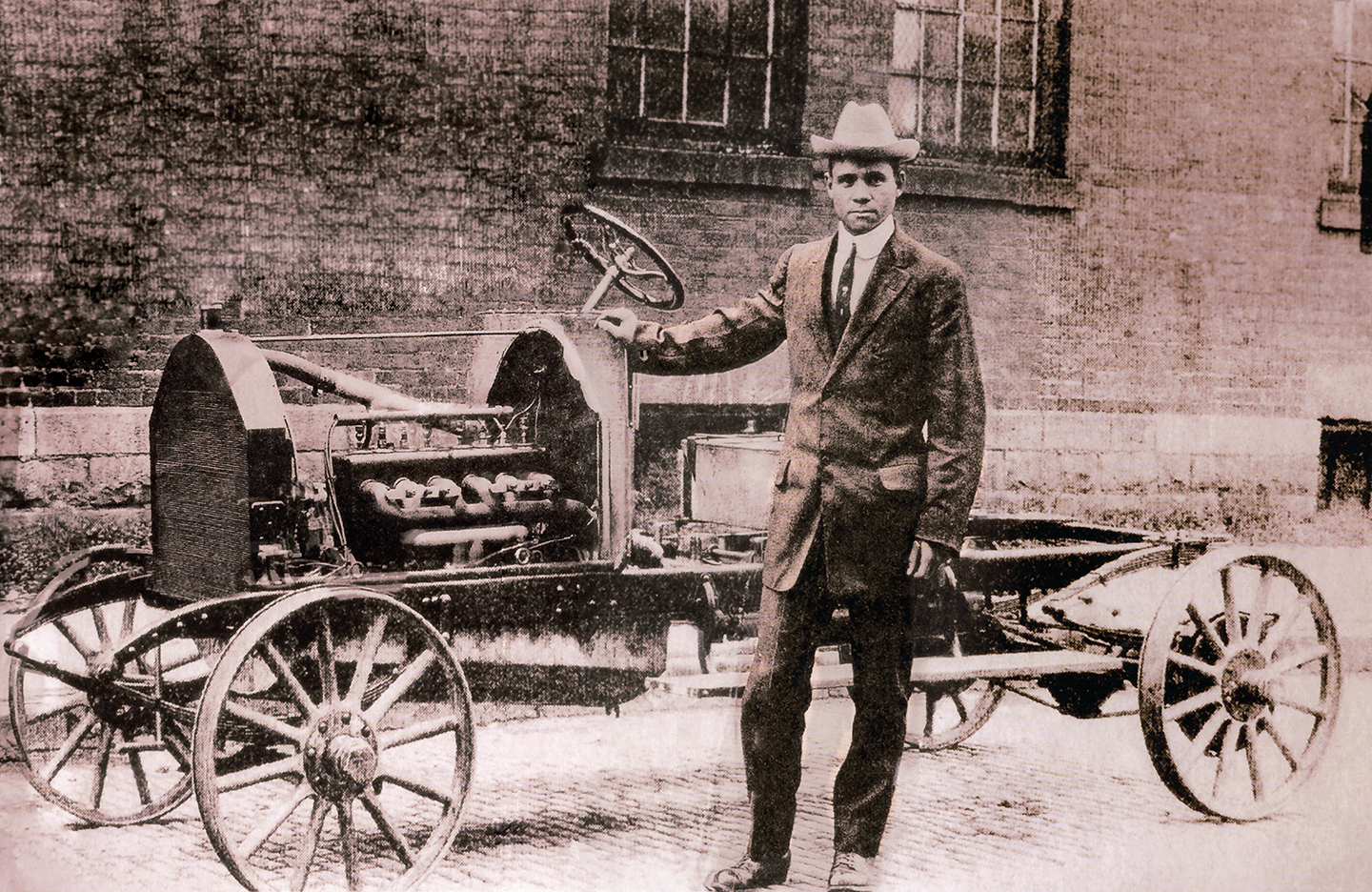 A Short History of the Patterson & Sons Company

Charles Richard Patterson, CR, born in 1833 in Virginia, was the first of thirteen children born to Charles and Nancy Patterson...

A Short History of the Patterson & Sons Company

Charles Richard Patterson, CR, born in 1833 in Virginia, was the first of thirteen children born to Charles and Nancy Patterson. The family moved to Ohio and settled in Greenfield between 1841 and 1843. CR was a teenager living with his parents, Charles and Nancy Patterson, in Greenfield during the 1850 Census which would be uncommon because if he was an escaped slave, he would not have been living out in the open. Some family sources say that Charles and Nancy were free slaves living in Virginia before they moved to Ohio. If this were the case, CR would not have been a slave. There is also some evidence that CR was a Union soldier in the Civil War.

C. R., "Rich", learned the blacksmith trade and became very skilled at it. He got a job as a blacksmith with the Dines and Simpson Carriage and Coach Makers Company in Greenfield and soon became a foreman with several whites working under him.

In 1873 he formed a partnership with J. P. Lowe in a company to make carriages and wagons. When Lowe died several years later, Patterson took over ownership of the company, later changing the name to C. R. Patterson and Sons. The company became well known for the quality of their products.

C. R. was a trustee of the Greenfield African Methodist Episcopal Church in 1880. A 1908 Greenfield Republican article noted that he served as a Sunday School teacher and that he was "the oldest, but most active" teacher. He was also an active member of the Cedar Grove Lodge No. 17, Free and Accepted Masons serving as Worshipful Master, Senior Warden, Junior Warden, Treasurer and Secretary between 1871 and 1899.

In September, 1886 Fred, C. R.'s son, was denied admission to the all white high school of the Greenfield Union Schools. With the grammar schools being segregated, Fred had attended the Negro school held in the A. M. E. Church. With only one high school in town, C. R. felt that Fred should be allowed to attend it even if it was for whites only. C. R. proceeded to file a case in Highland County Court of Common Pleas with the help of Rev. James A. Shorter of the A. M. E. church.

After months of legal papers between the school board and the court, Judge Higgins handed down his verdict in April 1887 requiring that the Board of Education and Superintendent admit Fred under the same regulations they admit white pupils and they should pay the defendants costs. The ruling came just days after the Ohio Legislature voted to repeal separate schools and allow mixed schooling.

Frederick went on to graduate from Greenfield High School and entered The Ohio State University in September of 1889. While at Ohio State he was the first black varsity football player. He was a member of the Horton Literary Society, being corresponding secretary and vice president of that group. He served as assistant business manager of The Lantern, the school's newspaper. He was class president of the class of 1893. These experiences prepared young Fred when he took over the carriage business.

After his junior year he took a history teaching position at Louisville Central High School in Louisville, Kentucky and stayed there for five years. After the death of his brother, Samuel, Fred returned to Greenfield to help his father run C. R. Patterson & Sons.

Fred Patterson married Bettie Estelline Postell, of Hopkinsville, Kentucky in 1901. She had earned a teaching degree from Fisk University in Nashville in 1894, taught and spent several years at a mission school.

Frederick Patterson was very active in the Greenfield community. The Greenfield Republican, Greenfield’s newspaper at the time, noted that as a baseball umpire, young Fred “maintained his reputation for fairness as an umpire and rendered his decisions with such accurateness that no possible chance was given for a kick to be registered." He was a member of the Masons, maintained memberships in several Greenfield business organizations, was a member of the Republican party and attended the 1920 Republican National Convention. He was elected to Greenfield City Council and served for one year choosing to not run for reelection. He was also a member of the National Negro Business League serving as one of several vice-presidents under Booker T. Washington.

Two sons were born to Fred and Estelline. Frederick Postell Patterson studied mechanical engineering at Ohio State, learning skills which would help him in the family business. Fred P. married Bernice Coleman. Postell Patterson also attended Ohio State. He was one of the founding members of the Iota Psi chapter of Omega Psi Phi fraternity at the university. In 1935 he married Kathleen L. Wilson.

The company did not stay in auto production for many reasons including the fact that there were many companies in the U. S. that were already well established and were hard to compete against. The carriage business was almost nothing at this point.

The Patterson company continued its auto repair division and began manufacturing truck and bus bodies. On Frederick’s death in 1932, his sons, Frederick Jr., and Postell, took over management of the company. When the Gallipolis Chamber of Commerce offered to finance the company's move to their Gallipolis, the managers agreed. It was not long before the company was unable to stay in business. It closed its doors in 1939.

Engineering with a Franciscan Conscience

Engineers have skillsets that are in high demand in manufacturing industries, engineering and consulting services, research, and development, management of companies, construction, and computer systems design and support services. Engineering also serves as a fantastic pivot to careers in business, law, and medicine.

At Marian, students will be challenged to solve real-world problems facing today's society and be prepared for transformative leadership in tomorrow's. Come join a community of scholars! 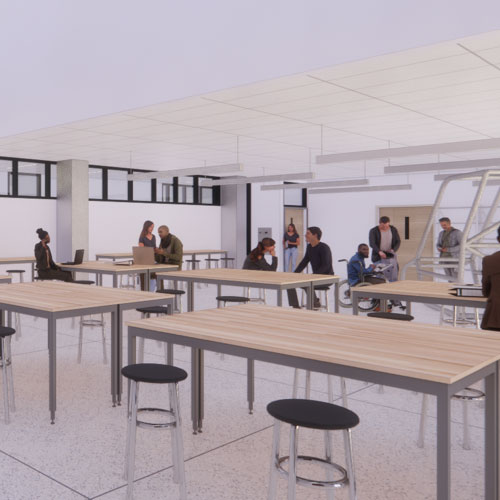 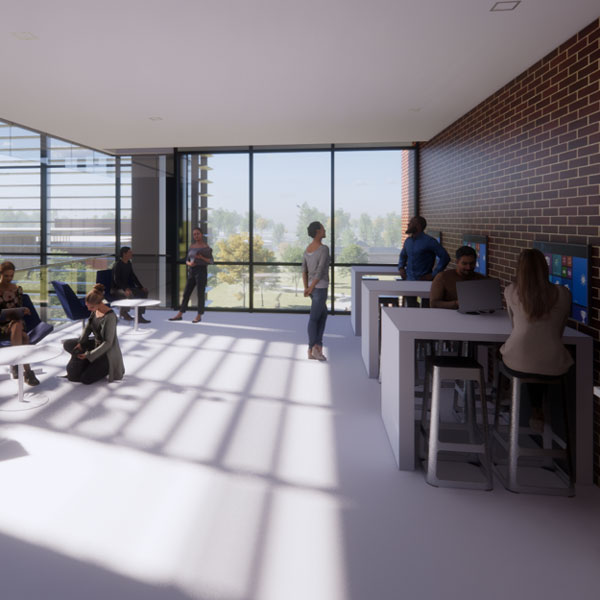 Meet our faculty and staff at our newest engineering school. 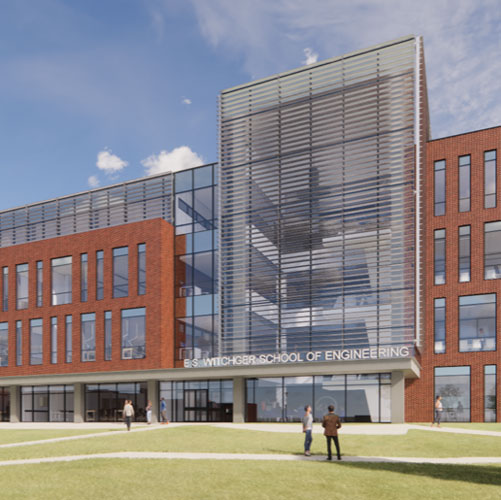 Read about the E. S. Witchger School of Engineering.

Read About Our School
Mission, Values, and Latest News

Contact us to get more information about the E.S. Witchger School of Engineering.

What Do You Do Now?