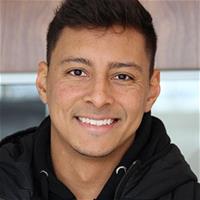 "Everyone at Marian is welcoming and wants to help you succeed. Since I first applied for admission through my last semester of classes, I've found the faculty and staff very attentive."

He may be a long way (about 5,100 miles) from his native Brazil, but Sidney Miranda is right at home on the soccer field.

A goalkeeper on his high school team, Sidney played professionally for a short time. Then he and high school friend Igor Ferreira joined forces and moved to the U.S. in 2014 to continue their educations.

With no family, friends, or contacts, the two landed at West Valley College in northern California, where they completed two years of classes.

Because that school didn’t have a soccer team at the time, Sidney began researching universities where he and Igor might be able to transfer and compete on a collegiate level. He was persistent, contacting about 100 coaches at schools across the country. Of the dozen or so who replied, one was from Marian University.

Soon Sidney and Igor both found themselves in Indiana, where they are roommates and finishing their Marian degrees.

Sidney was named to the 2018 All-Crossroads League men’s soccer team. Members are selected by coaches from the league’s ten teams. He appeared and started in all 17 games as goalie in 2018, logging over 1,600 minutes of defensive work in the net. He allowed 29 goals and carried a 1.61 goals against average during last year’s season. He recorded six shutouts and 95 saves with a save percentage of .766.

Now finishing his last required classes, Sidney looks forward to graduation in May but he isn’t sure what the future holds.

“My dream is to play soccer professionally. I’d like to go to Italy and learn Italian. I’m talking with European agents. But I’m also excited by the idea of earning a master’s degree in athletic training. Overall, my career interests are helping athletes at every level improve their performance, recover from injuries, and stay in overall good physical condition,” he explains. “If I don’t play professionally, I’ll move back to California, where my sister is now living.”

Since being in Indianapolis, Sidney has practiced with the Indy Eleven. For now, his classes, team practices, competitions, and an academic internship keep him busy.

“I’m lucky to have an internship this semester in Marian’s athletic training department. Internships are important for getting practical experience as part of the learning process. I’ve learned a lot by working with Coach Vernon Smith and John Locke,” Sidney adds. “I’ve done everything from planning workouts for individual athletes and teams to assessing injuries and developing therapeutic strategies.”

(On a side note: Check out our video featuring Coach Smith and student-athletes talking about the university’s new weight room and training facilities.)

In addition to helping him gain new knowledge and prepare for his future, Sidney says faculty and staff at Marian have made him a “better human” with a sense of purpose and an appreciation for self-discipline, serving others, and respecting people from diverse backgrounds.

One of the most important lessons Sidney learned is the value of thinking ahead and future possibilities. And always be open to making new friends.

Would he recommend Marian for other international student-athletes? “Definitely. Everyone at Marian is welcoming and wants to help you succeed. Since I first applied for admission, I’ve found the faculty and staff to be caring and attentive.” 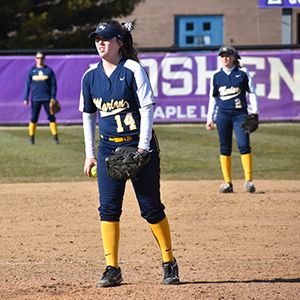 Bachelor of Science in Sport Performance