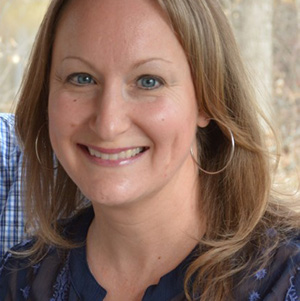 Born and raised in New Jersey, Melissa spent her summers at the Jersey Shore and fell in love with the ocean. After graduating from high school, she moved to Florida to pursue a degree in marine science. However, during her undergraduate journey, Melissa discovered a passion for the field of Student Affairs when she was a resident advisor her junior year. So, she decided to finish up her initial degree as planned, then took a break from school to work in the field of Student Affairs.

With a few years of experience behind her, Melissa decided to pursue a Master of Education in College Student Affairs. Throughout her graduate program and after graduation, she worked in a variety of positions and gained experience with outdoor recreation, sports club program creation and coordination, and academic advising in numerous settings.

Then, in 2007, her daughter was born and after some very tough reflection, Melissa decided to become a stay at home mom. After relocating to Indiana and spending a few years at home with her daughter, Melissa returned to work in 2012 as the Senior Academic Advisor for Marian’s online accelerated BSN program. Melissa was drawn to Marian’s main campus because of the welcoming environment and commitment to the Franciscan values, and found her way to a position at the main campus as the Assistant Director of Adult and Second Degree Programs in the Office of Financial Aid. Then, the Leighton School of Nursing had an opening she couldn’t resist, and she returned to nursing in her current role as the Director of Nursing Student Success.

In her free time, she spends as much time as she can traveling, and being outdoors at Indiana’s many beautiful parks with her family and dog.