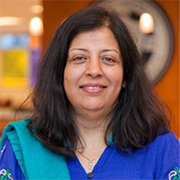 I am interested in bacterial pathogenesis and the role of antibiotic resistance in bacterial virulence.  The model organism I have studied this in is Salmonella enterica serovar Typhimurium.  Antibiotic resistance (specifically multiple drug resistance) in bacteria represents a notable problem but if carried on plasmid their spread could become a significant threat to public health.  Plasmids in members of the Enterobacteriaceae family and in particular Salmonella and Escherichia coli strains have been implicated in the spread of antibiotic resistance genes.  However, the mechanisms involved in the transfer of plasmid-borne resistance genes are not fully understood.  We have utilized bacterial genetics, molecular biology and tissue culture techniques in our laboratory to analyze the ability of Salmonella enterica strains to transfer multiple drug resistance to other bacteria.  We also want to determine if these large plasmids play an additional role in the virulence of the strains that carry them.  The long-term outcome of this research is that knowledge of the dissemination mechanisms for multiple drug resistance in these bacteria will contribute to the development of strategies for effective treatment and control of enteric diseases.

A second research project that is ongoing in the lab is the isolation and characterization of multiple drug resistant bacteria from the environment. The rationale of this project is that unregulated dumping practices by both hospitals and farms in Indiana are resulting in increase in antibiotics in fresh bodies of water. Our hypothesis is that this practice results in increase in bacteria that have acquired resistance to multiple antimicrobial agents. In the pilot phase of this project, my research group has collected water sample from the Nina Mason Pulliam EcoLab on Marian University campus. The White River watershed runs for thousands of miles and provides drinking water to residents of central Indiana. The Nina Mason Pulliam Ecolab (NMPE) at Marian University is part of this watershed. Assessing water samples from the NPME will help identify pathogens and provide insight into the prevalence of multidrug resistance in Indiana waterways. The goal is that the results from this research will help promote regulatory changes in the state of Indiana on how waste from healthcare settings and agriculture is dumped into waterways.

In addition, I collaborated with Dr. Ahmad, formerly of the department of biology on a couple of projects. The focus of one of these studies centered upon identifying soil bacterial communities that play a critical role in the development and growth of invasive plant species. Amur honeysuckle (Lonicera maacckii) growth in the forest soil was used as a model to understand its growth effects on native plant species. An article describing the bacterial community composition in the rhizosphere of Lonicera maackii (LM) compared with that of control plots with no LM growth, has been published.

Another project dealt with environmental monitoring of important fish pathogen, Aeromonas salmonicda subsp. salmonicida, that is responsible for causing furunculosis, a devastating disease for fish hatcheries and aquaculture in Indiana. This paper has also been published and provides evidence of the presence of A. salmonicida species in the aquifers of Indiana. Indiana exports significant fish grown in open pond systems to neighboring States and therefore a regular monitoring of water source for these ponds must be established to avoid any extensive economic losses due to furunculosis and other fish disease.

Ahmad, A., and S. Akbar. 2021. Molecular characterization of bacterial community composition in the rhizosphere of invasive plant species amur honeysuckle (lonicera maackii) in an urban wetland forest. Advances in Microbiology. 11(9): 469-487.