The Indianapolis Colts are an American football team based in Indianapolis, Indiana. The team is a member of the South division of the American Football Conference (AFC) in the National Football League (NFL). Since the 2008 season, the Colts have played their games in Lucas Oil Stadium. Previously, the team had played for over two decades (1984–2007) at the RCA Dome.

The Indiana Pacers are a professional basketball team based in Indianapolis, Indiana. They are members of the Central Division in the Eastern Conference of the National Basketball Association (NBA). The Pacers were first established in 1967 as members of the American Basketball Association (ABA) and became members of the NBA in 1976 as a result of the ABA-NBA merger. They play their home games at Bankers Life Fieldhouse. The team is named after Indiana's history with the Indianapolis 500's pace cars and with the harness racing industry.

The Indiana Fever is a professional basketball team based in Indianapolis, Indiana, playing in the Eastern Conference in the Women's National Basketball Association (WNBA). The team was founded before the 2000 season began. The team is owned by Herb Simon, who also owns the Fever's NBA counterpart, the Indiana Pacers and Simon Malls.

The Indianapolis Motor Speedway, located in Speedway, Indiana, (a suburb of Indianapolis) and is the home of the Indianapolis 500 and the Brickyard 400. It is located on the corner of 16th Street and Georgetown Road, approximately six miles (10 km) west of Downtown Indianapolis. 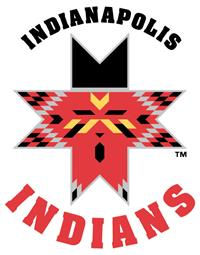 The Indianapolis Indians are a minor league baseball team in Indianapolis, Indiana, which plays in the International League. The Triple-A affiliate of the Major League Baseball Pittsburgh Pirates, the Indians play at Victory Field in downtown Indianapolis.

The Indy Fuel are a minor league ice hockey team in the Midwest Division of the ECHL's Western Conference which began play in the 2014–15 season. Based in Indianapolis, Indiana, the Fuel play their home games at the newly renovated Indiana Farmers Coliseum on the Indiana State Fairgrounds. They are affiliated with the NHL's Chicago Blackhawks and the AHL's Rockford IceHogs. 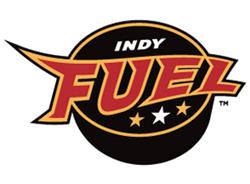 Indy Eleven is an American professional soccer team based in Indianapolis, Indiana. Founded in 2013, the team made its debut in the North American Soccer League on April 12, 2014.The official club name, crest and colors were announced on April 25, 2013.

Women's
F.C. Indiana, also known as F.C. Indiana Lionesses, is an American women’s soccer team based in Indianapolis, Indiana. Founded in 2003, the team is currently a member of the WPSL. They play their home games at St. Joe Stadium.

Men's
The team has an associated men's team, also called F.C. Indiana Lions, who play in the National Premier Soccer League and Premier Arena Soccer League. The club's colors are red and white.