To date, we've inducted 52 individuals for Marian University's M-Club Wall of Fame. Check them out! And, if you want to nominate someone for this recognition, click the link below to download our nomination form.

Bill Murphy Sr. '60 graduated from Marian College in 1960 with a bachelor of arts degree in philosophy. As a golfer and basketball player, he was known for his strong work ethic and "never say die" attitude. Murphy was voted the basketball team's Most Valuable Player in 1960. His community involvement includes working with the Catholic Youth Organization and the Little League. 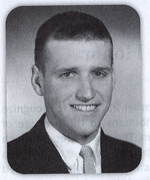 Cleon Reynolds came to Marian College in 1963 and as athletic director, helped to mold the varsity programs. Reynolds also worked to expand the athletic program by increasing the varsity offerings at the college. A member of the Indiana Basketball Hall of Fame, Reynolds coached the Indiana All-Star team from 1965 to 1967. During his tenure at Marian College, he coached baseball, basketball and cross country. He retired after coaching at the high school and collegiate levels for 38 years. 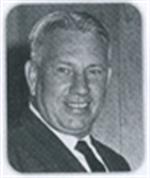 Sister Florence Marie Rose served as chairwoman of the athletic committee at Marian College from 1970 to 1984. In that role, she was instrumental in increasing the number of varsity programs at the college and was the NAIA faculty representative from 1966 to 1984. She was associate professor emerita of mathematics from 1958 to 1985. She earned a bachelor of science degree in education from Atheneum of Ohio and a master of arts degree in mathematics from the University of Michigan. She was a fixture at most athletic events and won the respect of coaches and players alike. She also taught mathematics until retiring to the Motherhouse in Oldenburg. 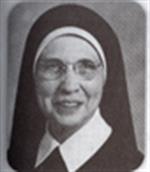 Walt Fields worked tirelessly to gain credibility for the men's varsity athletic program as athletic director and coach of Marian College's basketball and baseball teams. He earned a bachelor of science degree from Butler University and a master of science degree from Purdue University. He was successful as the college became noted for athletics. Fields served Marian College from 1957 to 1972 in various roles, including coach, director of athletics, physical education instructor, dean of men, director of personnel services and director of guidance and counseling. He helped spearhead the construction of Doyle Hall, which greatly expanded the college's ability to accommodate male students. A member of the Indiana Basketball Hall of Fame, Fields currently resides in Illinois.

Ted Ahaus '74 graduated from Marian College in 1974 with a bachelor of arts degree in mathematics. He played baseball and started every game in his four-year career. Ahaus was a .338 hitter who played shortstop and was the team's top pitcher during his final three seasons. Ahaus holds records for most wins in a season and career winning percentage. He was voted Most Valuable Player in 1971, 1972 and 1974, and was named to the NAIA All-District 21 team all four years. In 1974, Ahaus was named a NAIA All-American.

Bill Smith '73 graduated from Marian College in 1973 with a bachelor of science degree in physical education. He was recognized for his distinguished basketball career at the college. Smith tallied 1,443 points in three years and was voted Most Valuable Player in 1972 and 1973. He was named to the NAIA All-District 21 team in 1972 and 1973 and earned NAIA All-America honorable mention status during that time. He was the first Marian College player selected to the Indiana-Ohio College All-Star team. Smith's talents were noted as he played professionally for the International Basketball Association's Fort Wayne team.

Mike Noone '63 graduated from Marian College in 1963 with a bachelor of science degree in chemistry. He was a strong contributor to Marian College's men's basketball team, scoring 1,375 points in his career. He was voted the team's Most Valuable Player and was the recipient of the Greater Indianapolis Chamber of Commerce All-Sport Amateur Award in 1963 and 1963. Noone was a member of the NAIA All-America team in 1963.

Chuck Federle '65 graduated from Marian College in 1965 with a bachelor of arts degree in mathematics. He played baseball and basketball for the Knights. Federle was captain of the baseball team in 1964 and 1965, and he was voted Most Valuable Player in 1962, 1964 and 1965. As basketball team captain, he was voted MVP in 1965, was an all-tournament team selection in 1964 and 1965, and scored a career total of 1,424 points. He received the Sports Illustrated Award of Merit in 1965. 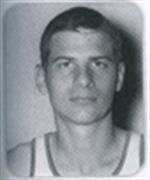 Rita McCann Sweeney '53 was a leader at Marian College and in the Indianapolis community upon graduating in 1953 with a bachelor of arts degree in social studies. As a member of the first varsity basketball team at Marian College in 1950, she was known for her defensive skills and passing ability. As a junior, she founded the first club for varsity athletes, the Marian College Women's Athletic Association (now defunct). After leaving the college, Sweeney taught elementary school and won the first President's Freedom Foundation Gold Medal for Primary Teaching given by the Heritage Foundation. Continuing her dedication to Marian College, she was one of the driving forces behind the Opportunities for Excellence Scholarship Dinner and Grand Silent Auction held annually at Marian College. 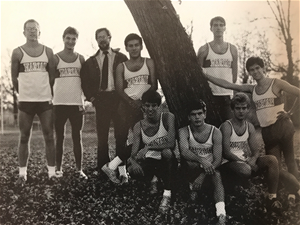