Apr 29, 2019, 06:05 AM by User Not Found
Commencement celebrates personal, educational, and professional victories achieved during years of hard work and dedication. To all of our 2019 graduates, we say: Congratulations and well done!

Ahhhh… spring! Trees are budding, flowers are blooming, robins have returned from their winter homes. And across college campuses, thoughts are turning towards commencement. Saturday, May 4, 2019, will mark the 82nd Annual Commencement Ceremony for Marian University, a day filled with excited graduates donned in caps and gowns.

But why a cap and gown?

In a 2017 article published by Time, Olivia B. Waxman writes, “The answer can be traced back to the origins of the first European universities, which were founded by clergy in the 12th and 13th centuries. The gowns and hoods (often brown or black in color) worn by students signified their religious status, marking their difference from the laypeople of the town in which they studied.”

“With few exceptions, the medieval scholar had taken minor religious orders, made certain vows,” according to the Massachusetts Institute of Technology’s primer on academic garb. The hoods served to keep the scholars’ shaved heads warm. At one point, the hood is said to have been just an alms bag slung around their necks. The gowns were also thought to be necessary to keep graduates warm in unheated buildings.” 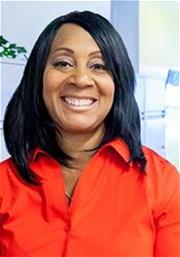 Letha Hurt will “walk” this May having earned her Bachelor of Business Administration (BBA). Letha reflects back on how she had considered going to college after high school, but instead, went to work and married. Life was good, but she soon realized something was missing. She also knew that having a busy life was just an excuse. Fear… the fear of the unknown, the fear of not being good enough to go to college was holding her back. Then one day, she simply made her decision and called the MAP office.

One year ago, Letha also participated in commencement having earned her Associate of Business Administration (ABA) degree. She describes that day as one of her “most proud and memorable moments.” 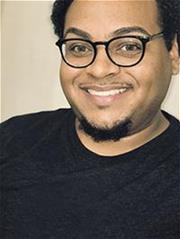 For first-generation college graduate, Eddie Huffman, his educational journey has not been an easy one. He overcame several personal challenges along the way. So the semester he earned a 4.00 GPA and was named to the Dean’s List, he was overwhelmed with joy, which in his mind, confirmed that, “no matter what, you can do anything you put your mind to and do it well!”

Earning his ABA with a concentration in human resources management played a significant role in his recent promotion to human resources payroll coordinator. Eddie plans to continue on to earn his Bachelor of Business Administration, as well. He believes attaining his BBA will only improve future advancement opportunities and enhance long-term career goals.

Eddie’s advice for others: “Remember, you are important. Your hopes, dreams, ambitions, and aspirations in life are important. The road isn’t paved in gold and there will be roadblocks in your way, but you will overcome them.”

Commencement celebrates personal, educational, and professional victories attained through years of hard work and dedication. To Letha, Eddie, and all of our 2019 graduates, we say: Congratulations and well done!