What is Nurses Week? 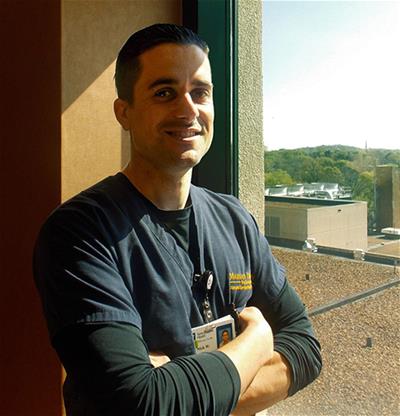 There’s maybe no nobler profession than nursing. Nurses inspire and influence their patients and society every day, always thinking on their feet in life-threatening situations while on the job.

They do all this without asking for recognition, but we know they more than deserve our gratitude. That’s why Marian University is honored to offer a variety of educational programs for aspiring nurses, including our Accelerated Bachelors of Science in Nursing (ABSN) program. It’s also why the government and the American Nurses Association (ANA) formally celebrate National Nurses Week.

A brief history of nurses week

According to the ANA, Nurses Week actually began as Nurse Day in 1953, when Dorothy Sutherland, an official at the U.S. Department of Health, Education and Welfare, proposed that President Eisenhower proclaim “Nurses Day” in October the following year. Eisenhower never fulfilled that proclamation.

After a few other failed attempts to pass legislation to recognize National Nurse Week, the International Council of Nurses proclaimed May 12 (Florence Nightingale’s birthday) to be “International Nurses Day” in January 1974. In response, President Nixon issued a proclamation that the White House would designate a week as National Nurses Week.

Four years later, New Jersey Governor Brendon Byrne declared May 6 as Nurses Day. The ANA’s Board of Directors followed suit in 1982, formally recognizing May 6 as “National Nurses Day.” That same year, President Ronald Reagan proclaimed “National Recognition Day for Nurses” to be May 6, 1982.

The celebration became weeklong in 1990, but the ANA Board of Directors did not designate May 6-12 as permanent dates to observe “National Nurses Week” until 1993.

The ANA Board of Directors later recognized the unique contributions of certain groups of nurses and aspiring professional caregivers. In 1997, it designated May 8 as National Student Nurses Day every year thereafter. Five years later, it declared the Wednesday within National Nurses Week as National School Nurse Day.

If you know someone in nursing school (or are currently a student in one of Marian University’s nursing programs) or a school nurse, take a moment to thank them for their dedication to caring for others.