My Decision to Go Back to School as a Working Mom 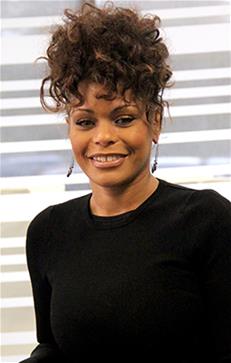 The last thing most adults want to add to their list of responsibilities is homework. At least, that was the feeling I had when I considered my future prospects both with and without a degree. Each time I thought about going back to college, I would talk myself out of it. I told myself; you’re too old, the kids will be neglected, you can’t pay for it, you’re not smart enough, etc. Each one of these excuses stopped me from returning to school for several years.
So what did I do instead? I continued on with life, raising my children and reporting to a job with limited career advancement opportunities (because I did not have a degree). As you can imagine, it was easy to put school on the backburner when the realities of life, i.e. children, and financial responsibilities are staring you in the face each day. The truth was, I never really liked school, which made it even easier for me to neglect my education. I subscribed to the old adage; time flies when you’re having fun; except, I was not having much fun.
It wasn’t until six years later, when faced with a life changing event, that I finally decided to take that first step toward becoming a college student. I was in a position that challenged my ability to provide for my family, and I knew in my heart, that earning my degree would create opportunities not available to me at the time. I set aside my fears and excuses, as I realized that going back to school was my only option.
I sucked it up and began researching colleges that offered accelerated programs. Specifically, I searched for schools that offered flexible class schedules since I was a working mom. I spoke to multiple schools, and based on initial phone conversations, began to mark schools off my list. By the time I called Marian's Adult Programs (MAP), I was already feeling disappointed, like I was wasting my time, but that positive conversation led me to schedule an appointment.
Of course, I still went in kicking and screaming. I put on a happy face, said all the right things, and displayed just the right amount of enthusiasm to impress my advisor. But the entire time, I was filled with self-doubt and second-guessing my decision. My advisor made the appointment painless, and before I knew it, I found myself getting excited about college. I’m not sure if it was something she said or not, but I began to look at college a little differently that day. I left feeling like I had found a place that was concerned about the whole Karen, not just Karen, the student. I felt as though MAP was going to help me get through this rough patch in my life, while also guiding me through the steps to earn my degree. My advisor explained the process, my degree plan, and helping me to understand what it would take to be a successful college student.
Instead of solely focusing on attending classes, completing homework, and taking tests. I began to see this experience as an opportunity to broaden my outlook: learning from my classmates’ experiences, gaining alternative perspectives on life, and discovering new things about myself. My ultimate goal was to walk away with my business degree, but this experience helped me to grow. It was no longer about what I could not do, but about how I could challenge myself to become better.
What’s ironic, is that I had always thought about how returning to school could negatively impact my children, but I never considered that it would serve as a valuable example to them. They witnessed the time commitment required to complete homework and study for tests; I can recall the 3 of us sitting at the dinner table completing our school work together. They would ask about what I was studying and wanted to know how it felt to be in college. Thanks to those conversations, I believe my children began to understand the importance of education.
It was not always easy. However, it WAS worthwhile, and I gained so much from taking that first step. Five years after graduating with my Bachelor’s of Business Administration degree, I’m now an advisor at Marian’s Adult Programs and help other students achieve their academic goals. If you have been contemplating returning to school, just do it! Nothing can stop you but you.