Thank You for Attending!

This year the Gala will look like previous years as the state has relaxed COVID-19 precautions.

Fritz French
John A. Purdie Innovator and Mentor of the Year Award 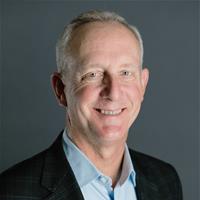 Fritz French has been in the life science industry for the majority of his career, working with pharmaceutical and medical device companies, both large and small.  He currently serves as Chairman of the Board of two start-up companies based in Indiana:  On Target Laboratories, which is in late-stage development of a fluorescent imaging technology that enables surgeons to see and remove more diseased tissue, and Kovina Therapeutics, a newly formed company which is developing drugs for the treatment of human papillomavirus (HPV) infections and HPV-induced cancers.

Fritz currently serves on the Marian University board of trustees.  He volunteers at Catholic Charities of Indianapolis and has served on several community organization boards.

Fritz earned a B.S. in Business from Indiana University and an M.B.A. from Harvard University.  He and his wife, Shele, have two grown children, Julia ’20 and Michael.

About the John A. Purdie Innovator and Mentor of the Year Award

The John A. Purdie Innovator and Mentor of the Year Award is named for Marian University Trustee John A. Purdie, a certified public accountant and graduate of the University of Notre Dame and the Herman C. Krannert School of Business at Purdue University. Purdie served as president of Regency Windsor Capital, Inc., a family-owned real estate investment holding company in Florida.

Purdie is a member of Legatus of Indiana and has also been involved with Right to Life of Indianapolis, the St. Luke’s Catholic Church Finance Council, the Indiana CPA Society, the American Institute of CPAs, and the Financial Executives Institute. Purdie and his wife, Pam, have been blessed with four children and five grandchildren.

“Marian University strong Franciscan values are clear to see on campus. Students are cultivated into leaders who will transform our community.  I have personally witnessed how Marian provides a mentoring environment emphasizing individual attention, valuing the dignity of every human person.” 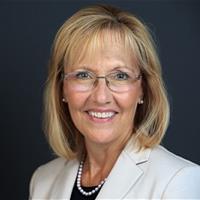 Vicki Yamasaki has been a long-time supporter of Marian University and has served on multiple fundraising committees and campaigns. She appreciates the way in which Marian integrates faith, transformative education, and leadership development to meet the needs of the community.

All of our gifts come from our Heavenly Father and out of deep gratitude, Vicki gives back to the community in a variety of roles.  Following her retirement from OneAmerica Financial Partners where she served as its Chief Risk Officer and led strategy, she embarked on a mission to promote our Catholic faith and to provide outreach to those in need.

Vicki, chairwoman of Corpus Christi for Unity and Peace (“CUP”), founded the organization in 2020.  CUP’s mission is to “Inspire Catholics to uphold and promote a culture that safeguards the dignity of the human person.”  CUP provides education and research to help Catholics defend their Catholic beliefs.  CUP has grown quickly and includes members from throughout the nation and in several countries.

Prior to the launch of CUP, Vicki created and introduced a mentoring program for single mothers to The O’Connor House, a maternity home for homeless single pregnant moms.  A strong proponent of mentoring, Vicki is part of the legacy leader group for Pass the Torch for Women, an organization helping women recognize their value and dignity through mentoring.  Vicki was honored as its Mentor of Year in 2019.  Vicki is a former board member of The O’Connor House and served as president and other leadership roles for several boards including Financial Executives International (FEI) Indianapolis, YWCA of Indianapolis and National MS of Indiana.

At Our Lady of Mt. Carmel Catholic Church where Vicki worships, she is in her 21st year of serving as a catechist. There, she also provides outreach as a Stephen Minister and is a member of the Investment Committee.  Vicki recently served on the OLMC Re-Open Committee and Strategy Committee and served on Parish Council.  She co-chaired the Gratitude strategic initiative for the parish.

Vicki, a CPA, launched her own business as President of Yamasaki ERM Solutions following her retirement as Chief Risk Officer for OneAmerica Financial Partners.  She has over 35 years of experience, with particular emphasis in strategic planning, insurance, problem-solving, risk management, and working collaboratively.  The first half of Vicki’s career was served in public accounting.  Before joining OneAmerica she served as a partner for PricewaterhouseCoopers in a national role.

Vicki and Ken have been married for 35 years and have two daughters and three grandchildren and a granddog.

About the Franciscan Values Award

Marian University traces its roots to 1851, when the Sisters of St. Francis, Oldenburg, Indiana founded a teacher training school to serve the needs of the Catholic community in southeastern Indiana. The Sisters established Marian College in Indianapolis in 1937; today Marian University offers students an excellent education that emphasizes a Franciscan understanding of the sponsorship values of dignity of the individual, peace and justice, reconciliation, and responsible stewardship. These values represent the legacy of our founders and the foundation of our personal approach to educating the whole person. In honor of this legacy, each year Marian University presents the Franciscan Values Award in recognition of contributions to our community. 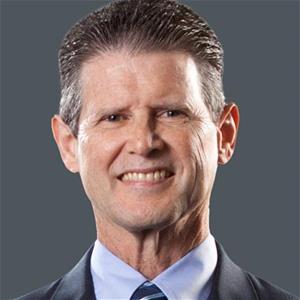 Ken started working at The Cary Company (founded 1895) in 1973 shortly after graduation from Marian University where he earned a BA in English & Spanish and a minor in Business Administration. He started as office manager and became Treasurer in 1975 continuing to do the purchasing, inside sales and logistics as well as personnel management. He became VP in 1981 and President in 2008.

In late 2008, he purchased The Cary Company. Since that time the company has seen amazing growth and success. From 2009 to date The Cary Company went from 34 employees to 145 while sales continued to grow under Ken’s leadership.

In 2018, the company acquired Gurman Packaging in Terre Haute, Indiana and moved it to southwest Indianapolis for an Eastern distribution center. One year later they acquired Three Rivers Packaging, a tote reconditioner and packaging distributor in Pittsburgh, Pennsylvania. In March of 2021 they divested the raw materials business unit, which was the founding business, to Barents USA, a Dutch based global chemical distributor. The most recent acquisition in March 2021 was Quality Container, a packaging distributor in Utah to provide the Company with a western presence. The Cary Company is looking for one or two more strategic acquisitions fitting the company profile as well as desired locations to support.

Today Ken’s son, Thomas (TJ), is taking a larger role in management while he continues managing the marketing presence in the industry.

Ken has a long Catholic educational history from Divine Infant grade school in Westchester Illinois, Immaculate Conception high school in Elmhurst, Illinois, where he met and married Debbie and had 3 children, Kelly, Thomas and Jamie. They have 9 grandchildren. Ken played baseball and football in high school and baseball at Marian University. Both Ken’s high school & college baseball teams are in their Halls of Fame. Ken was all-conference in high school & all-district in college as well as being inducted into the Marian University Wall of Fame. He was a resident advisor and truly enjoyed being a leader and guide to fellow students.

Ken settled in Downers Grove, Illinois & St. Joseph Parish where he coached for several years. Ken continues to give back and supports his roots, Marian University, St. Joseph Parish and Immaculate Conception high school. Ken officiated basketball for 40 years for Catholic grade school leagues and donated his compensation to the St. Joseph Athletic and Booster group. Ken played amateur Baseball for 17 years then switched to softball where he played through 2020.

The Dillon Family Distinguished Alumni Award is given to alumni who have: attained significant achievements in their careers; exhibited a spirit of mentoring by providing guidance, support, encouragement and leadership to Marian University students, faculty, staff, or to individuals in the broader community and contribute through personal leadership, to the development and growth of the individuals mentored; demonstrated outstanding contributions to the growth, development, and visibility of Marian University through gifts of energy, time, and talents; demonstrated a commitment to achieving peace and social justice through significant contributions in a professional or volunteer role; contributed significantly to the welfare of others through volunteering in direct service endeavors; or made outstanding contributions to the improvement of the civic, national, global, or religious community through professional or volunteer leadership. 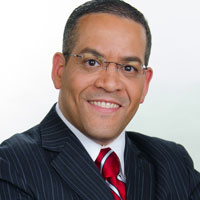 Rafael Sánchez is a Murrow and multiple Emmy award winning Investigative Reporter/Anchor at WRTV-6-ABC. This past June, he received another Emmy for reporting excellence.

Every year, Sánchez enjoys participating in about 50 charitable events that raise money and awareness for organizations around Central Indiana. In June in 2017, he completed his 2016-2017 responsibilities as Community Engagement Co-Chair for United Way of Central Indiana and assisted in raising millions of dollars to improve education, financial stability, health and basic needs benefiting thousands of families across our region.

Sánchez came to the Hoosier State from the Bronx, New York to attend Franklin College of Indiana where he triple majored in Journalism, Political Science, and Spanish. As a college trustee of his alma mater, he values the importance that Indiana’s independent private colleges bring to workforce development and minimizing the “brain drain.”

Parking is available at the JW Marriott Indianapolis Washington Street Garage or the White River State Park Garage. Note parking in both garages may fill quickly. Please allow extra time for Friday rush-hour traffic, to find parking, and make your way into the hotel.

Forging leaders through scholarships and opportunities

Scholarships are pivotal in attracting talented students. Your support provides a transformational experience for our students—allowing them to be bold academically, spiritually, personally, and be prepared to lead in their field upon graduation.

*Final table sizes will be determine by venue, Centers for Disease Control and Prevention and the JW Marriott Indianapolis.

Pledges for sponsorships can be fulfilled over three to five years. All sponsorships at $50,000 or more are eligible to endow a scholarship in the donor/company's name.