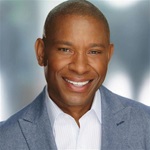 Anthony Calhoun, better known to many as A.C., is an Emmy Award-winner and Evansville, Indiana native. A.C. leads the most dynamic TV sports team in Indiana as sports director and main anchor at WISH-TV.

In addition to his daily reporting and anchoring, A.C. hosts several highly rated shows, including SportsLocker, seen every Sunday at 10:15 p.m. on WISH-TV. During football season, you can also catch him on the Emmy-Award-Winning Countdown to Kickoff Colts pre-game show on Sunday Mornings. As one of the most trusted journalists in the state, Calhoun hosts guests on WISH-TV who are committed to making Indianapolis a great sports town and even greater community.

As one of the most versatile sportscasters in Indianapolis, Calhoun has also served as a play-by-play announcer for NCAA basketball on ESPN, as well as the voice of Butler University basketball on WNDY-TV. Prior to joining WISH-TV in 1998, Calhoun began his professional career as a weekend sports anchor/reporter at WTVH-TV in Syracuse, New York. He is a graduate of Syracuse University, where he received his Bachelor of Science degree in Broadcast Journalism and was named a Remembrance Scholar, the highest award given by the university.

When he's not on air Calhoun spends his free time helping others by fundraising to help children in need. The AC's Charity Golf Classic has raised more than $2 million to promote excellence in inner-youth education. Each year, Calhoun brings together local athletes, celebrities, and business and community leaders in what has now become one of the most successful and popular golf fundraisers in Indiana. 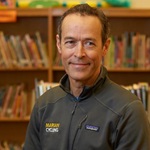 Dean Peterson has been the head coach of Marian University's cycling team, the most successful program in collegiate cycling history, for sixteen seasons.

Peterson's coaching philosophy of school first comes from his educational background. Peterson has a BS in Organizational Leadership from Butler University. Keeping student-cyclists focused on the fact that they are students first, and that being a responsible citizen and community member is just as important as being a top-notch cyclist. This philosophy has contributed to the team's success in earning nine USA Cycling Club of the Year awards as well as fourteen consecutive Collegiate Track National Championships, ten collegiate road championships, seven cyclocross championships, seven BMX championships, and seven D1 Team Omnium awards.

Peterson has served in a variety of roles to help advance the greater collegiate cycling mission in America, including as an elected member of the USA Cycling Collegiate Sport Committee, the USA Cycling Board of Directors, and as a liaison for many local, regional, and national cycling initiatives. He is also the executive director of the Indy Cycloplex, where he leads a small staff and community volunteers dedicated to advancing the mission of cycling in central Indiana. The Cycloplex, which Marian operates in partnership with Indy Parks and Recreation, serves as a platform to advance the cycling team's performance, but also provides community outreach opportunities for the student-athletes in the program. He oversaw the development of the Paul J. Norman Cycling Center on campus in 2007 and developed the indoor training series knows as Power Booster™. 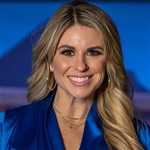 In addition to parking throughout campus, some parking will be available near and around the Marian University Arena and Convocation Center, with some areas blocked off for VIP attendees. There will also be shuttling available from the parking lot on 30th Street. Please download the event parking map.

Cycling Alumni (up to 2 tickets per alumnus/alumna)

Gifts can be fulfilled over a three-to-five year span. While gifts are tax deductible, the fair market value of each seat/individual ticket is $100.

*Table sizes may change based on Centers for Disease Control and Prevention and health department recommendation.

+Banner and program scholarship deadlines are Thursday, March 31 to allow for design and printing.

^Giveaway items must be dropped off to the Marian University Arena and Convocation Center on Monday, April 25.

For more information on ticket availability for this event, please call Theresa Phillips at 317-955-6369 or email tphillips2@marian.edu.