Knights and Knights Fans— Thank you so much for making the 2021 Clayton Family Circle of Honor dinner a huge success!!

Watch how the Marian University Knights family rallied together to conquer pandemic challenges and still came out on top.

Check out the video that debuted during the 2021 event: 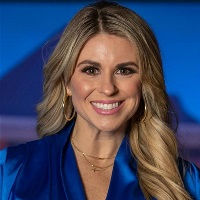 Chris Ballard is entering his 21st NFL season and his fifth with the Colts as general manager where he oversees all football operations.

The Colts have reached the NFL postseason in two of the last three seasons, including an AFC Wild Card appearance in 2020 following an 11-5 regular season record. Last year, Indianapolis was one of just four teams to finish in the top 10 in overall defense (eighth) and offense (10th). The Colts also tied for the most Associated Press All-Pro selections (six) and First-Team All-Pro choices. In 2020, Indianapolis’ offense ranked ninth in points per game while the offensive line tied for the second-fewest sacks allowed. Defensively, the Colts registered their third consecutive top-10 run defense (2018-20), marking the first time the team has accomplished that feat since 1975-77.

Ballard was named the 2018 NFL Executive of the Year by the Pro Football Writers of America after the team finished with a 10-6 record and reached the Divisional Playoff Round. The Colts 2018 draft class was pivotal for the franchise, as the Colts were selected as the winners of the Best NFL Draft Award by Inside the League. Indianapolis’ draft class was headlined by Quenton Nelson and Darius Leonard, who joined Dick Butkus and Gale Sayers as the second pair of rookie teammates to be selected First Team All-Pro since 1940. Ballard also earned the Pro Football Writers of America Jack Horrigan Award in 2020, which is given to a league or club official for his or her qualities to help pro football writers do their job.

Ballard and his wife Kristin reside in Westfield, Indiana with their five children. The family is active in the community and have worked with Books for Youth, Hands of Hope, Habitat for Humanity, Make-A-Wish and Gleaners Food Bank.

Thank you to our Sponsors!

Gifts can be fulfilled over a three- to five-year span. While gifts are tax deductible, the fair market value of each seat/individual ticket is $100.

*Table size may change based on venue, Centers for Disease Control and Prevention, and health department recommendations.

Questions? Contact the Office of Institutional Advancement at RSVPClayton@marian.edu or call (317) 955-6717.