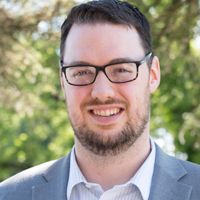 Ethan Hemer has been a member of the Advancement team since 2016. In his current role, Hemer is responsible for developing general major gifts to the university and oversees athletic fundraising, including athletic sponsorships and the Clayton Circle of Honor dinner. He also works with the annual giving team on M-Club outreach and solicitation. A transplant Hoosier, Hemer received his bachelor’s degree from the University of Wisconsin-Madison where he was a four-year letter winner and three-time academic All-Big Ten performer with the Badger football team. Hemer was a member of the Pittsburgh Steelers football team prior to coming to Marian University. He serves on the regional Board of Advisors for Fellowship of Christian Athletes and graduated with his MBA from Butler in 2020. He and his wife, Mary, reside in Butler-Tarkington.